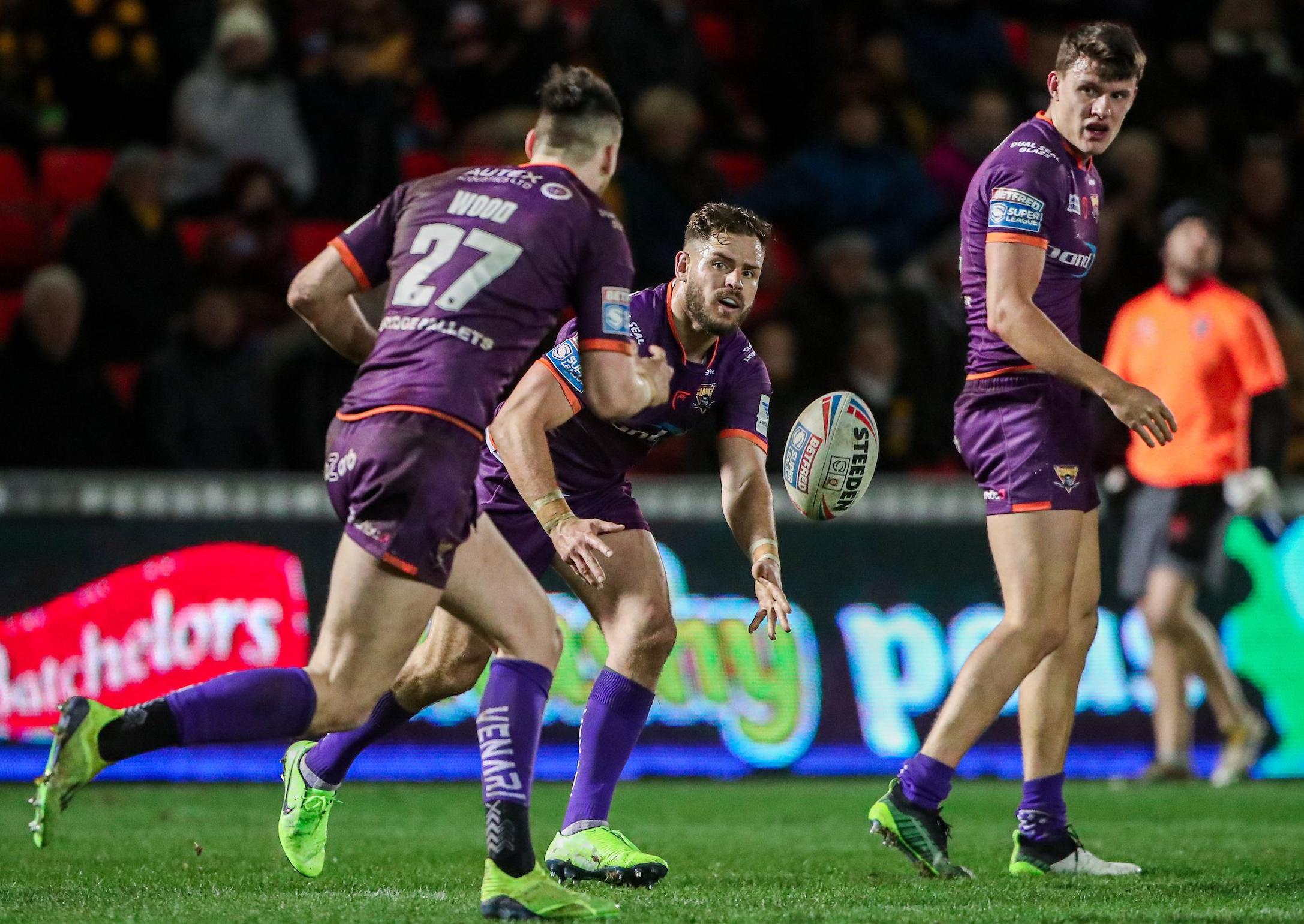 Hopefully Leeds will be playing Huddersfield Giants on Friday night, if all goes well with players and staff having been tested for  Covid-19.

It’s up to the players and staff at all clubs to follow all of the guidelines that have been set out to try and prevent further outbreaks of the virus, otherwise the season is in danger of not being completed.

So people please, for the health of yourselves and your fellow players and staff, do as you are told.

Leeds have to start a lot better than the last time they played Huddersfield Giants, in a game that came alive, especially for Leeds, in the last 13 minutes.

I feel that Leeds will win the match, as Huddersfield are without a lot of key players and are being forced to play a fair few youngsters in their team.

The one player that Leeds will have to take special notice of is their very talented half-back Aidan Sezer, who is expected to return from injury. So come on Leeds, seize the moment and go get the two points that are on offer.

Another week and a game postponed at the death again. It must be frustrating for the players and coaches alike, to be trying to prep’ for a match against a club and then it gets pulled a few days before.

Do we question the boffins at the RFL? Are they giving the clubs, coaches and players enough guidance on safe practice or should more responsibilities be put on players and back-room staff to be more aware of risk? If it was Countdown it would be an impossible conundrum!

They seem to have got it right in other sports that have restarted and in the NRL, so I do wonder why we are falling behind the eight-ball.

All things being equal it’s the Giants this week at St Helens, a team that, like Salford last time out, have been a bogey team for us over the years and have been playing okay since the restart and will be looking for revenge for the ‘golden-point’ loss to us a few weeks’ back.

If we play like last time out, we should have no problem returning with the two points but, after a weekend off, we seem to struggle, so it’s in the lap of the gods.

The best solutions to reducing the players’ risk of catching and spreading Covid-19 are simply not available to rugby league.

Using the “bubbles” that cricket used so effectively in hotels for several weeks is simply not an option to a cash-trapped sport like rugby league.

Players can be as careful as they like but many have partners who work and must interact in society, and now schools are also returning to add another layer of potential exposure. It is inevitable that more players will test positive to what is generally an invisible disease to this age group.

I fear the full fixture list will not be completed if any more games are postponed. There will soon be a tipping point in the next month when time is simply against us. Sadly, the winners of the Challenge Cup and Super League may well have a large asterix against their name as this compromised season is closing in on becoming a farce.

Despite us not having a game this past week due to Covid-19 results, I still managed to watch plenty of rugby league from Super League and NRL and there were some interesting results.

The well-earned victory by Hull KR over Wigan was a surprise, as was understrength Warrington’s win over Hull FC.

Our next opponents, Huddersfield, were very poor against St Helens, though unlike the Rhinos they did manage to score! They have lost all of their games since the resumption, though with the expected return of Aidan Sezer and the possible debut of Chris McQueen, they will no doubt raise their game against us. We will need to continue in the same vein as when we played Salford and, if we do, I think that the game will be ours for the taking, hopefully without the dreaded ‘golden point’.

Last week’s news of Richie Myler signing a two-year contract extension until 2022 was good news, for me, and well deserved, although many on social media will disagree.

Finally, a happy 40th birthday to Sir Kev for Saturday.

Another week and more positive coronavirus tests for Super League.

It does make you wonder if the season will get completed as a competition as it makes sense that teams who can play should play even if the games are not on the fixture list.

It was good to hear that Kallum Watkins has been signed by Salford Red Devils.

He has had a torrid two years since suffering an ACL injury in May 2018.

Signing for Salford, his home club, will hopefully kick-start his career.

Leeds Rhinos are playing Huddersfield Giants on Friday night at the Totally Wicked Stadium. After a promising start, the Giants have had a lot of injuries and have been struggling to get a team together.

The signing of Chris McQueen will help.

Lessons will have been learned from the game a few weeks ago and Leeds won’t let the Giants get so far ahead this time.

There will be selection headaches for Richard Agar as more players are likely to be available after not having a game last week.

Another week of positive Covid-19 tests, this time costing us a game against Wakefield Trinity and a game versus Catalans Dragons.

I still honestly believe we could have played Wakefield last Thursday, since they are able to play this week.

The RFL and Super League announced their contingency plans for the league if teams fail to reach their full amount of games, win percentage ratio.

As long as this season reaches a climax, I’m not bothered how it gets there.

It was very disappointing that Dom hasn’t really had a shot at the club. Myler re-signing was great news as he is becoming Mr Versatile.

This week we have Huddersfield Giants, a team that are really down on numbers due to injuries.

We can’t let something like that get in our minds though, as it won’t be easy – it never is against them. Hopefully the week off hasn’t hindered our consistency and we can get back to where we left off.

Leeds has a fantastic story to tell – and the Yorkshire Evening Post has been rooted firmly at the heart of telling the stories of our city since 1890.

We believe in ourselves and hope you believe in us too. We need your support to help ensure we can continue to be at the heart of life in Leeds.

Why the YEP needs your support