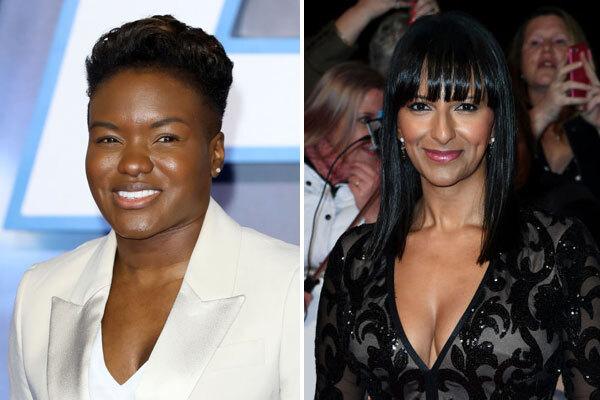 Former Olympic boxer Nicola Adams and Good Morning Britain presenter Ranvir Singh are among the latest celebrities to be confirmed for this year’s Strictly Come Dancing.

Adams will take to the dancefloor as part of the show’s first ever same-sex pairing, after much speculation.

News reader Singh will star alongside Adams, with more to be confirmed during the day.

Singh said: “The initial feeling of being confirmed for Strictly is one of complete terror – feels like embarking on a rollercoaster, where you really want to do it but you are equally scared. Hopefully after the first dance I will feel exhilarated rather than sick!”

Who else has been confirmed for Strictly?

Also joining the show will be the following celebrities:

Adams is set to make Strictly history by competing on the show as part of the show’s first same-sex couple.

Addressing her unique place in the competition, Adams, who is bisexual, thanked the BBC: “People might know me from work in the ring, but I’ll be every bit as passionate and dedicated on the dance floor too.

“I also wanted to thank the BBC for supporting me and making me the first ever all female-pairing; and it’s amazing to be a part of the movement for change, diversity and breaking boundaries in the entertainment industry.”

Asked by BBC Breakfast whether the same-sex pairing was her idea, she said: “I asked the show about it. They wanted to know if I wanted to be on the show but I said ‘Yeah, I will do it but I want to dance with another female dance partner.’

Adams won gold at the London 2012 Olympics as well as Rio 2016. She is dating Ella Baig and is known as a prominent LGBT role model.

How will Strictly be different this year?

The show will return in a shorter format this year due to safety precautions.

Additionally, judge Bruno Tonioli will not be taking part in the Saturday night shows initially, as he is currently working on the panel for the US version of the show, Dancing With The Stars, in Los Angeles, and is unable to travel between the roles.

However, he will appear remotely in the Sunday night results show each week and hopes to return to the show full-time later in the series.

When will Strictly return to our screens?

Usually the competition returns at the end of September, and the final show airs just before Christmas.

However, this year’s launch is expected to be slightly delayed and the exact date is yet to be announced.

Bradford’s award-winning Freedom Studios have appointed Leeds theatre maker Nicole Joseph as Associate Producer. Nicole’s recent credits include Assistant Producer at Slung Low, where she worked on several projects including their Leeds People’s Theatre short film, The Good Book (2020). She was also Assistant Director on Oliver Twist (Leeds Playhouse, 2020) and Writer-Director of an extract of her play, Ghosts […] Leeds Living …