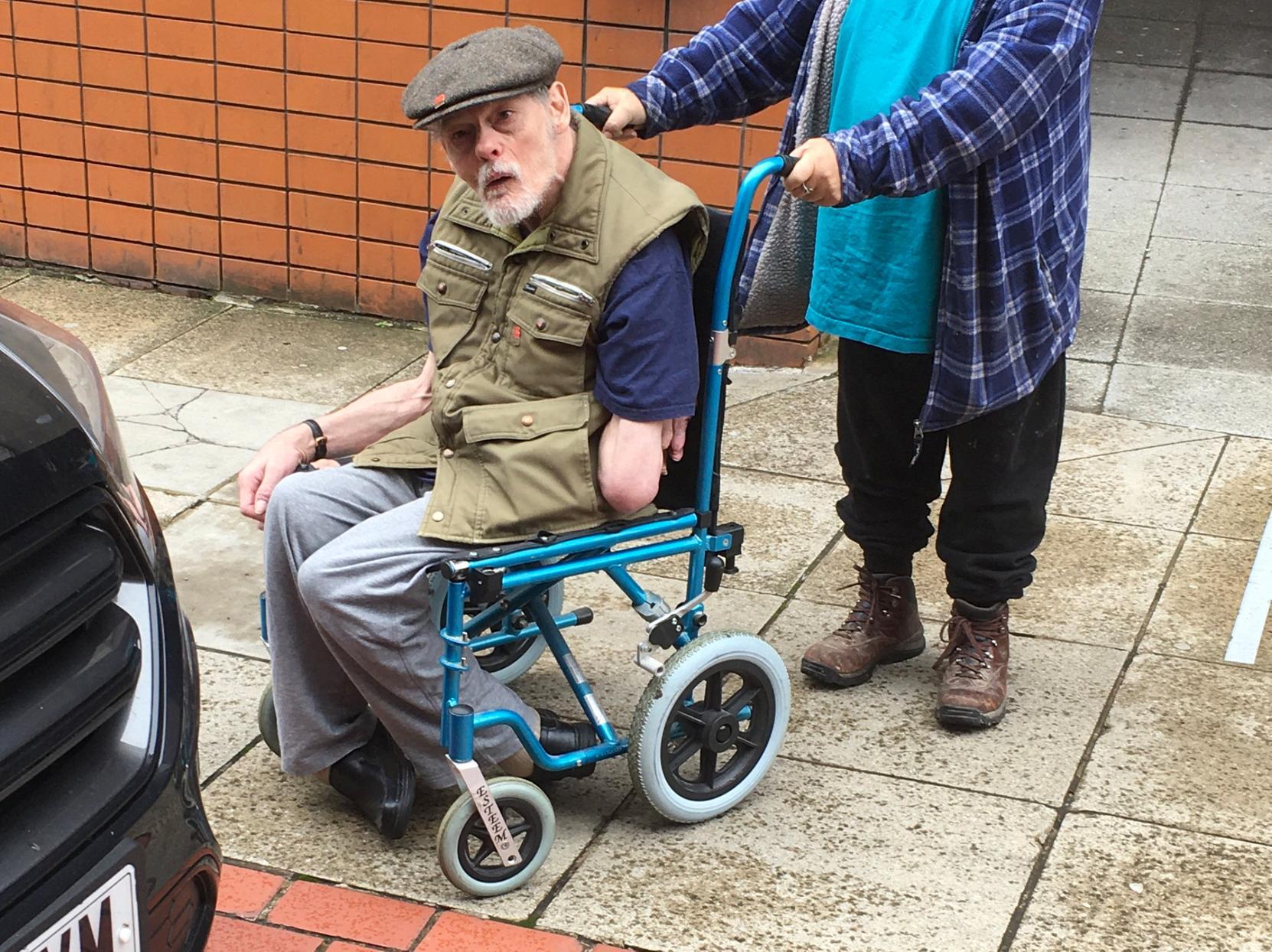 A court heard Michael Wise took advice from the infamous paedophile before getting the child to carry out a sex act on him in exchange for buying him a scooter.

Leeds Crown Court heard the late TV presenter once gave advice to Wise saying: “Never do anything for nothing.”

Wise, 73, was given a suspended prison sentence today after pleading guilty to gross indecency with a child.

Prosecutor Paul Reid said Wise has cerebral palsy and has been wheelchair-bound for most of his life.

Mr Reid said that on multiple occasions the defendant trapped the boy between his legs and groped him..

He said the victim remembers being taken by the defendant to Savile’s home for dinner and his friends being jealous at the time.

The prosecutor said: “Savile at one time ‘fixed it’ for the defendant to obtain his first car.”

The court heard Wise bought the boy a scooter after carrying out a sex act on the defendant at the boy’s home in Huddersfield.

The victim told his family about the abuse but he was not believed.

As an adult, the victim emailed the defendant asking him if he remembered the offence.

The defendant replied saying: “That was a terrible thing to do and I am truly sorry.

“I can’t right the past. Shall I phone the police and make a confession? I feel guilty and hate myself.”

The victim went to the police in March 2019.

Wise initially refused to comment when first interviewed by police.

Mr Reid said: “The defendant said he was an acquaintance of Savile, who had told him, ‘Never to do anything for nothing’ – which he understood to be an inference in a sexual context.”

A statement was read to the court on behalf of the victim.

He said: “Michael used his many friendships with famous people and disability to get whatever he wanted.

“Telling the truth did me no favours. I was depressed and alone and was branded a liar. I started acting up and asked to be put in care.

“Things were no better there than at home.”

He continued: “Michael can never give me back my childhood. I always felt like an outcast.”

The victim said he left school without any qualifications and turned to alcohol, drugs and crime.

He said: “I will never forgive or forget what Michael did no matter how much time passes.”

Wise, now of Oakes Lane, Holmfirth, has no previous convictions.

Jeremy Barton, mitigating, said Wise is genuinely remorseful for what he had done.

Mr Barton said : “It was a relief for him to be able to admit and say sorry for what he had done.”

Mr Barton said the defendant has no children and relies on a carer who attends his home twice a day.

The defendant was also made the subject of an indefinite sexual harm prevention order.

The judge said: “It was for your sexual gratification. You used that little child.

“He left home and went into care.

“The lives of such victims are derailed by an event of this type.”