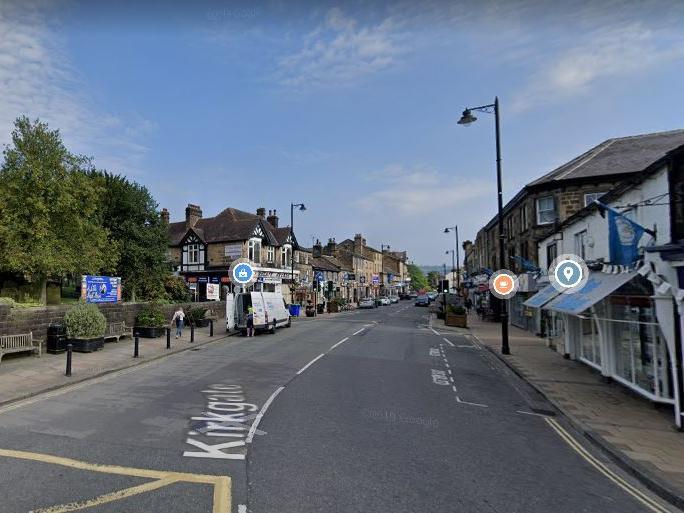 The bar is located on Kirkgate in Otley

A row has broken out after The Rookery, whose management initially renamed the drink, then appeared to be unrepentant in now-deleted posts on the live music venue’s official Facebook page.

In screenshots seen by the Yorkshire Post, the bar confirms that they had also been spoken to by police over the controversial drink name.

“We’ve just had a phone call from West Yorkshire Police (Leeds North West neighbourhood team) because somebody was offended by the name of a drink. LET THAT SINK IN. The police and our MP investigating someone being offended.” The author of the post also included the hashtags #nocrimehere and #subjective.

However, the Facebook status, which has since been removed by The Rookery, did not specify that the drink in question had been called Rohypnol, a notorious drug used in drink ‘spiking’ incidents as it can render victims unresponsive and cause amnesia, leaving them vulnerable to sexual assault and with little memory of events.

Leeds North West MP Alex Sobel, whose constituency includes Otley, reported the bar, which opened in 2018, to both the police and Leeds City Council. He was satisfied with the initial outcome, and considered the matter resolved when the bar agreed to remove the drink from the cocktail menu. However, he has decided to speak out after seeing the Facebook post, which he believes was insensitive and indicated a lack of remorse.

“People have complained to me and my staff about this. We had asked them before to change the name, but they have now posted on Facebook and deleted the comment. I wrote to the licensing team and the police to raise the issue, and the bar did change the name – but they now seen to be complaining about it and downplaying it on Facebook. The post didn’t mention the name Rohypnol, and it has garnered a lot of sympathy. I now want to set the record straight, having originally not wanted to make a big issue of this.

“I’ve raised it again because they don’t appear to understand their obligations as a licensee.

“My concern is that if someone is at the bar ordering and they say ‘I would like a Rohypnol’, and someone heard them, it could then be used by an offender in a court of law – they could argue that they’d heard the victim say the wanted the drug. You can see how it could end up being used as a legal defence. It’s also massively insensitive and inappropriate, and they don’t seem to understand the implications.”

Mr Sobel is a keen supporter of Otley’s nightlife, and though he has not visited The Rookery, he had been supportive of its appeal to a younger demographic and its live music offering.

“As a licensee, they have responsibilities. I had been happy to leave it at that when they changed the name, but these posts now mean that there’s the potential for further action. The council’s licensing committee are now aware of what has happened.”

Leeds City Council’s licensing committee has powers to revoke a business’s premises licence for a number of factors relating to safety, compliance and the responsible sale of alcohol.

The coronavirus pandemic has hit us all hard. The way we work, the way we socialise, even the way we exercise –…