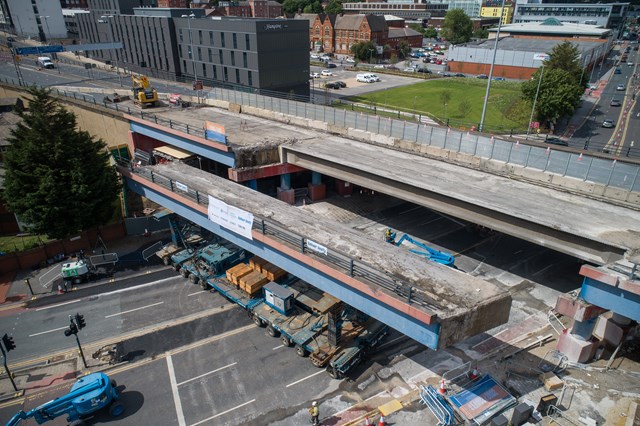 The next exciting phase of a multi-million pound project to rebuild a major bridge in Leeds city centre commences next week.

Construction started in summer this year to rebuild the Regent Street flyover, which carries traffic over the A61 Regent Street, after it reached the end of its usable life.

Over the past five months the southern bridge sections have been successfully demolished, new abutments and pier have been built and concrete repair works have been undertaken to nearby retaining walls.

Work to fit the new southern bridge steel beams will start from 10 December. This will involve a series of night closures which will run for eight consecutive nights between the hours of 10pm – 5:30am the following day.

A specialist mobile crane will be used to negotiate the bridge beams, weighing a total of 220 tonnes, in to place. The bridge will have an overall total span of approximately 66m, with the largest steel beam measuring 44m in length and weighing 69 tonnes.

Forty-seven thousand people hours have been spent on the project to date and 82 per cent of the workforce employed are local.

“I would firstly like to thank people for their ongoing patience while this essential project is carried out and apologise for any inconvenience caused. We are working hard to ensure the works are delivered safely and efficiently while minimising disruption as much as possible.

“We are working very closely with local stakeholders and businesses to mitigate the impact of these works during the busy Christmas period and we appreciate that this is even more important at this time.

“We have worked to rejig our programme so the major works will now be completed overnight and we will be reopening the main routes during the daytime.

“Since demolishing the southern section of the bridge earlier this year, the team have made great progress and we are currently on track for the scheme to be complete by spring 2022.” 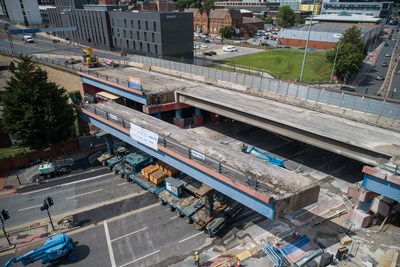 In Conversation With Ellie MacDonald, Founder and MD of MacComms PR

Harvey Nichols 4th Floor Brasserie – Not to be missed