A man who enjoyed a lifelong connection with uniformed service and with many of Mirfield’s civilian military groups has died aged 82.

Barry Fretwell was born in Mirfield on the Greenside estate and was one of five children – Dorothy, 89, Colin 85, Harry, 80 and Janet, 73.

He was a longtime supporter and latterly a member of the civilian committee of Mirfield’s 868 Squadron, Air Training Corps, President of Mirfield branch of the Royal British Legion, and a keen supporter of the Mirfield Parish Cavaliers cricket club

Barry had been involved for many years in promoting and organising Mirfield’s Remembrance Parade which is now reputed to be one of the largest outside London.

He had been a member since its inception in 2018 of Mirfield’s Armistice & memorial committee a partnership between the town council and service community, and had worked with the committee on many projects.

He had been recognised for his service to Mirfield by being one of the inaugural Mirfield Ambassadors , an initiative of Mirfield Town council, in 2010

During his working life he was an electrician and retired from Kalon paints in Birstall.

“RAF National Service veteran Barry was a stalwart of the Branch and an ardent supporter of 868 squadron Mirfield Air Cadets, serving on their civilian committee and training countless Standard Bearers.

“A permanent fixture on the Poppy Appeal stand and more recently part of the Remembrance and Armistice Committee he has been central to Mirfield’s support of veterans and families.

“All of our thoughts and prayers go to his wife Ann and family at this difficult time.”

Mirfield Town Mayor Martyn Bolt, said: “On behalf of Mirfield Town Council and comunity, our condolences go to Ann and his family.

“Barry’s service to our town was unceasing and was deservedly recognised when he was an early recipient of the Mirfield Ambassador award.

“And his contribution and support for the preparation ahead of the 75th Anniversary events we would have held for D Day were much appreciated. May he Rest in Peace.”

Barry leaves a widow and daughter Caroline who lives in Perth Australia. 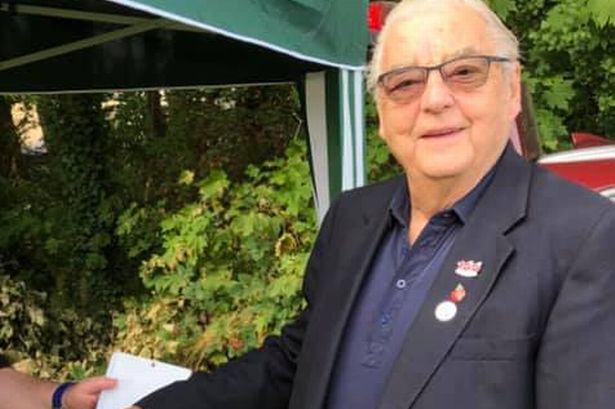 The coronavirus pandemic has hit us all hard. The way we work, the way we socialise, even the way we exercise –…