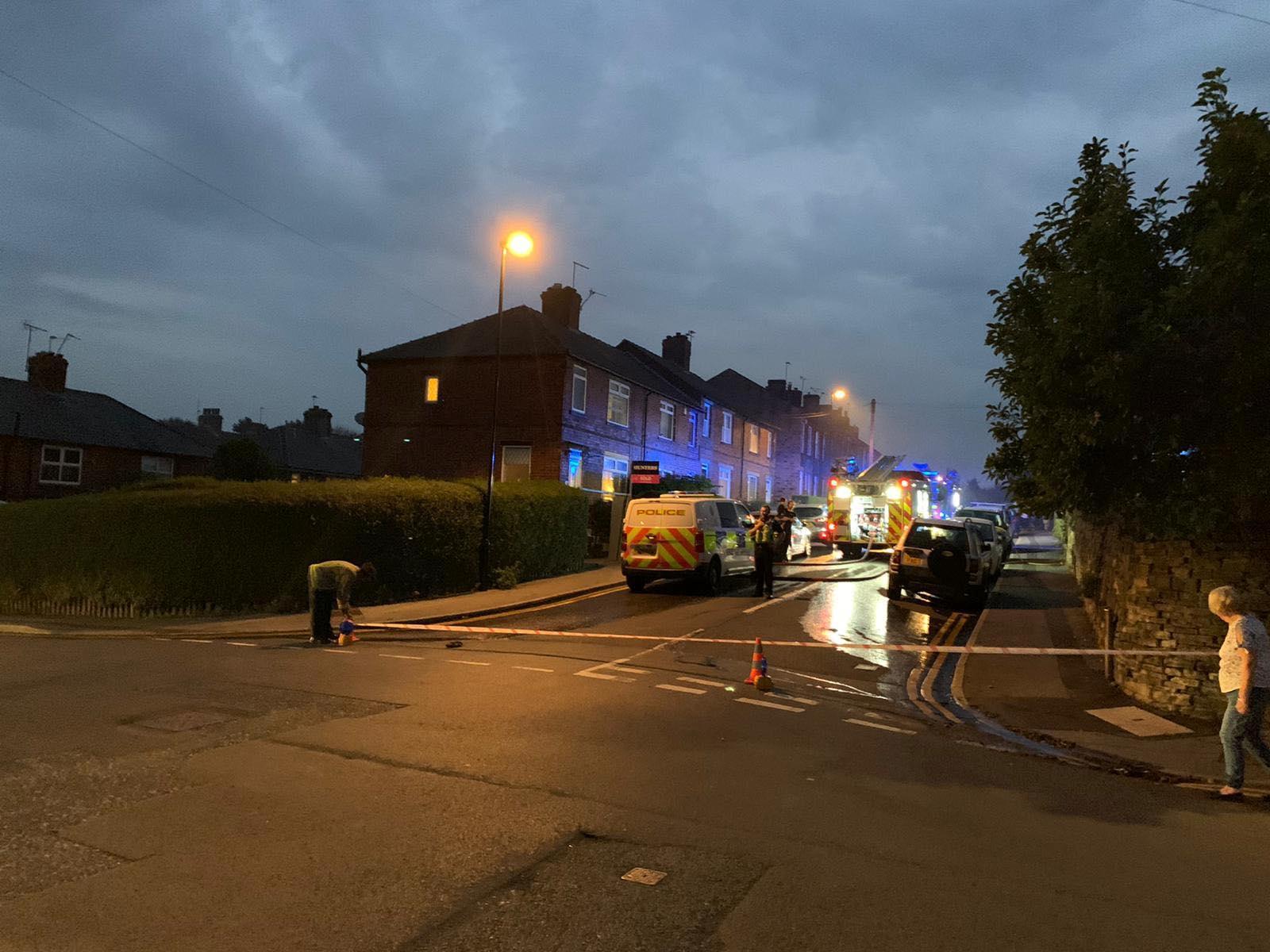 More images from the scene

One resident on the street said: “The smoke went so high, people from all the nearby streets rushed out.

“I don’t know what’s happened, but the smoke was huge.”

Another passerby said: “We live a few streets up, you could see it straight away from the window.”

A dramatic image of the fire earlier

The fire broke out around the Clifton Drive / The Lanes area