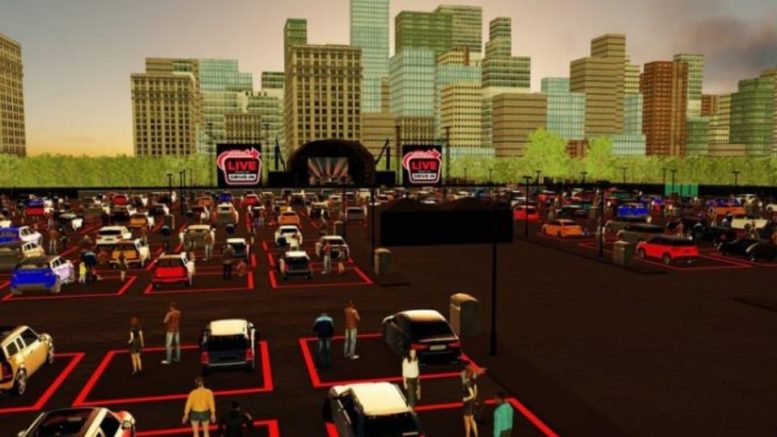 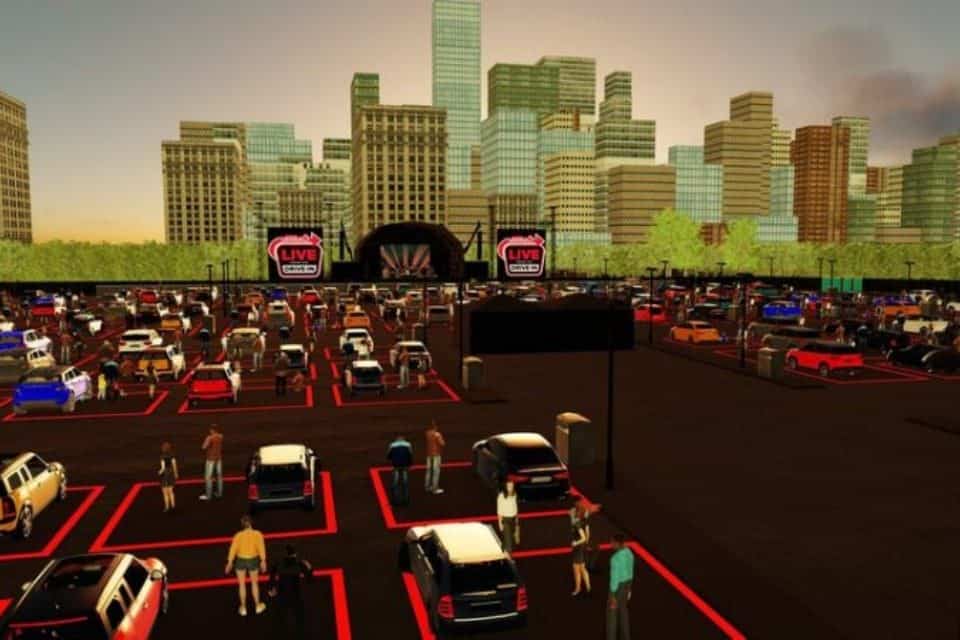 Here’s what the gigs could look like (Image: Live Nation)

Promoters Live Nation have announced a series of drive-in concerts are to take place across the UK this summer, under ongoing social distancing measures.

The gigs will be held in a “drive-in” format in large outdoor spaces, with a limited capacity of 300 cars.

The shows are intended to be a safe alternative to the thousands of events that have been cancelled this summer due to Covid-19, and a a six-week programme of live performances will tour the UK.

Here’s everything you need to know:

How will the gigs work?

The shows, which will run for six days a week for six weeks from mid-July through to September, have been organised by Live Nation to give people their much-needed fix of concerts and live music from the comfort of their cars – but with the same arena or stadium feel that fans have been missing.

Performances will take place on a specially-constructed stage.

Shows will be capped to around 300 cars with social distancing spacing in between.

Cars with up to seven people are allowed and each vehicle will have its own dedicated area for people to either stand or bring folding chairs if they wish to enjoy their chosen show.

Live Nation says the shows are designed to comply with all official Government guidelines, ensuring audiences can enjoy the series of music concerts, theatre performances, comedy shows and family experiences this summer in a safe and responsible way.

The likes of Ash, Dizzee Rascal, The Lightning Seeds and Gary Numan, have all signed up to play at the events; Sigala and Tony Hadley will also join the likes of The Streets and Russell Watson.

Where will the shows be?

Outdoor spaces in Birmingham, Liverpool, London will play host, as well as Edinburgh, Bristol and beyond.

The full list of cities and venues is as follows:

For full information on which artists will be performing at which locations in which dates, head to the Live Nation website

How do I get tickets?

My teenage daughter and I watched the amazing performance of The Aftermath, a Northern Broadsides, Northern Rascals and Piece Hall production. The Aftermath, choreographed by Anna Holmes and Sam Ford from Northern Rascals, is an open-air dance theatre piece exploring the passion of Calderdale youth in the age of COVID-19. It is performed by 20 professional […] Leeds Living …