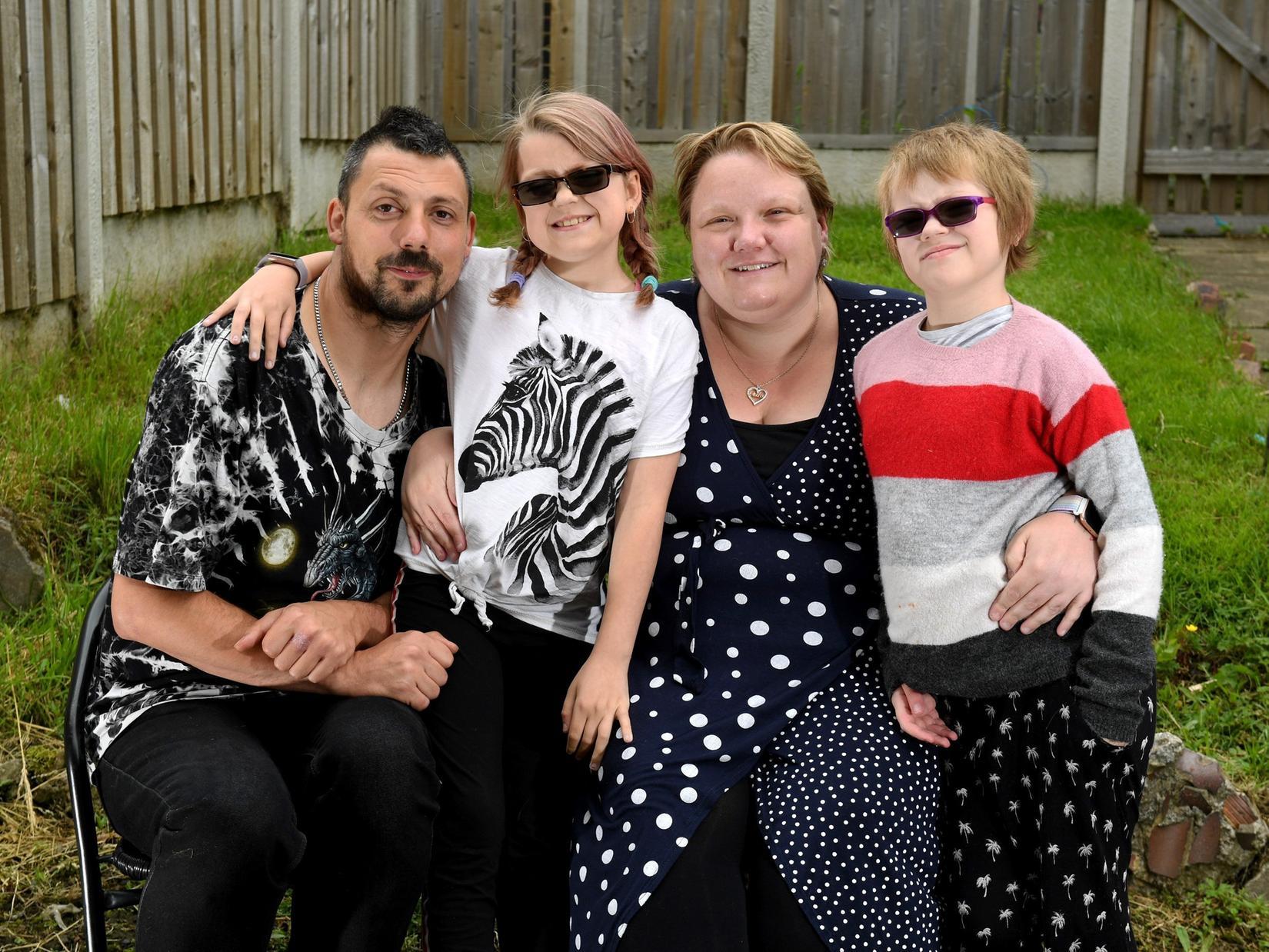 Emily Atkinson and her younger sister Poppy-Mae, of Belle Isle, were both born with extremely rare kidney disease cystinosis.

The genetic condition caused both girls’ kidney function to drastically and rapidly decline.

The girls’ father Darren Atkinson, 41, donated one of his kidneys to ten-year-old daughter Poppy-Mae during surgery in January.

Darren Atkinson pictured with his two daughters. An appeal has been launched to find a kidney donor for Emily Atkinson (right). Mr Atkinson underwent a transplant operation and has donated one of kidneys to Poppy-Mae (left). Picure: Simon Hulme

Doctors initially told Mr Atkinson – who is 5ft 11 and weighed around 16 stone last year – that he could not undergo transplant surgery because his body mass index was too high.

Mr Atkinson went on a strict diet and shed four stone in two months before donating the kidney.

He said: “I wasn’t going to hesitate. My daughter needed a kidney and that was it.”

The transplant has transformed Poppy Mae’s health and now the family is seeking a Good Samaritan to give 11-year-old Emily the gift of life.

Doctors have told the family that Emily will have to go on dialysis by the end of this year unless she gets a new kidney.

The girls’ mum Jessica Kemp, 33, has posted an appeal on her Facebook page to find a kidney donor for Emily, who is due to start high school at Royds School in Rothwell in September.

Miss Kemp said: “It has been stressful and difficult. We knew Emily would need a transplant, but we didn’t think it would be so soon after Poppy’s.”

Appealing for a donor, Miss Kemp said: “Please consider it. It would mean a longer and healthier life for her.

“We would be eternally grateful and we couldn’t thank them enough if they were able to do it.”

Potential donors must be blood group B and be healthy non smokers aged under 60.

Cystinosis causes cystine acid crystals to build up in the body and cause damage, especially to the eyes and kidneys.

Emily’s health started to deteriorate when she was ten-months-old and she lost weight after having difficulty eating solid food.

After numerous tests she was diagnosed with the condition aged 18 months.

Poppy was diagnosed with cystinosis when she was just eight-weeks-old.

Both girls have difficulty swallowing solid food and are fed partly via feeding tubes inserted into their stomachs.

The kidney was taken from Poppy’s father Darren during an operation at St James’s Hospital before it was transferred to Leeds Children’s Hospital.

It was transplanted during a six-hour operation.

Mis Kemp said: “It went amazingly well. Now Poppy is doing fantastic. She has gained a lot of weight and has got a lot more energy.

“Poppy is not cured but it will give her a lot longer to live.”

A Suitable Boy: who stars in the cast alongside Tabu and Ishaan Khatter – and how to watch the BBC series adapted from Vikram Seth’s novel

A Level algorithm will entrench regional disparities and widen North-South divide, it is claimed