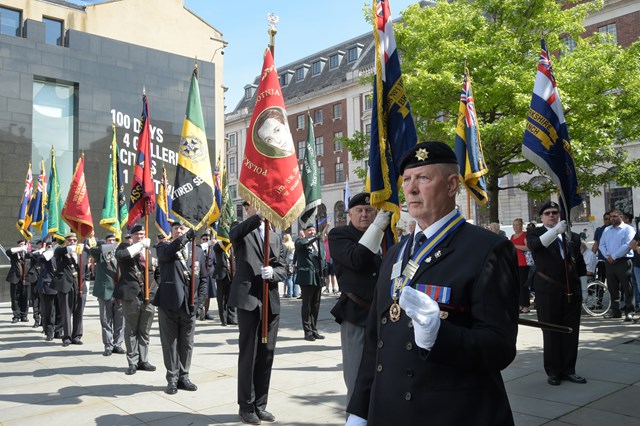 People of all ages across Leeds are encouraged to celebrate the courage, dedication and commitment of the British Armed Forces, as part of Leeds Armed Forces Day on Saturday 3 July.

Armed Forces Day is usually marked by hundreds of events across the UK, however due to Covid-19 these events have been cancelled and people are being encouraged to celebrate from their own homes.

During the day, we are honouring the role of the Royal Navy, Army, Royal Air Force, reservists, veterans, cadets and the wider Armed Forces family in society and also thanking them for their support in helping with the ongoing effort against Covid-19.

Although, we not able to hold the usual event on Briggate this year, due to Covid restrictions, we have got an action-packed day of activities that you can follow on our Facebook page at www.facebook.com/LeedsAFD We’ve teamed up with the Yorkshire Evening Post to showcase the flag raising ceremony at 11am as a Facebook Live event and Chapel FM radio will be hosting interviews from current and former service personnel, playing music and celebrating the contributions of our armed forces. Leeds Town Hall and Civic Hall will be lit up in red, white and blue with the Armed Forces Day flags flying in the build up to Saturday. You can also keep your eyes on the sky at 11am for a second world war Dakota aircraft flypast over the city centre!

The Leeds Film Festival have curated a rare collection of short films from the Imperial War Museum’s archive that shine’s a light on Britain’s wartime efforts. It captures footage of everyday civilians, army training and troops heading in to Germany, including the King and Queen touring Yorkshire Coalfields, Huddersfield Choir and the everyday heroes who played their part. These are available on the Leeds Film Player at: https://bit.ly/LeedsAFD

How will you be marking Armed Forces Day?

For resources and ideas on how to get involved, you can go to: https://www.armedforcesday.org.uk/get-involved/

We are also supporting the Salute Our Forces campaign. You can pay tribute to the British Armed Forces by posting a photo or video of yourself or your family, friends and colleagues saluting using the hashtag #SaluteOurForces #LeedsAFD21 and tagging @LeedsAFD and @ArmedForcesDay

For more information go to https://www.armedforcesday.org.uk/get-involved/saluteourforces/

A poster and bunting can be downloaded from this press release to colour in and put in your windows to show your support for the Armed Forces. The image will also be available on Leeds Armed Forces social media pages (Twitter @LeedsAFD https://twitter.com/LeedsAFD and Facebook www.facebook.com/LeedsAFD/)

Chapel FM will be doing a special show for Armed Forces day. This will include several oral histories about life in the Armed Forces from people across all ages, backgrounds and areas of service. Listeners can text or call in with song requests to dedicate to those who have or are serving, sharing short anecdotes about the meaning of being in the Services. Tune in at www.chapelfm.co.uk

“As a city, we are extremely proud of our long and distinguished military history and of our current Armed Forces personnel who work in various deployments at home and abroad – addressing emergencies, providing security and supporting numerous initiatives in dangerous situations, with great dedication and professionalism. I would like to thank them all and especially for their contribution with the ongoing pandemic

“I hope you will tune in to Chapel FM online on Saturday 3rd July from 10am – 4pm for a dedicated day of activities including pre-recorded interviews, phone in’s and dedications throughout the day.”

Leeds City Council are most grateful to the Ministry of Defence for their funding towards this event. 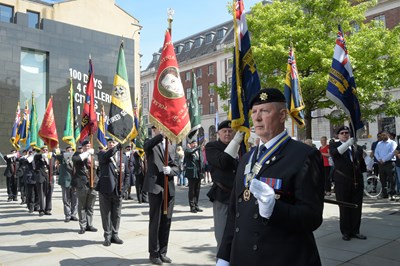 Between July 19th and 25th, Leeds was treated to a week of poetry and spoken word, thanks to Leeds Poetry Festival. The Festival, which included open mic nights, performances by local poets and performers, and workshops, was hosted at venues across the City. I attended a couple of the events to get a feel for […] Leeds Living …

Clinical hypnotherapist Abi Fenton offers helpful tips towards healing your mind for life. Abi became housebound as she suffered a mental breakdown. Hypnotherapy helped her to change her mindset for life, and she is now sharing the techniques she learned and the tips she was given. She left her teaching job to become an holistic […] Leeds Living …

Leeds music lovers can expect to welcome artists from around the UK and further afield, as The Warehouse celebrates its major refurbishment. Live events will be added to the iconic space which has been home to club nights in the heart of the City for over 40 years. Live events until 10 p.m. will be […] Leeds Living …