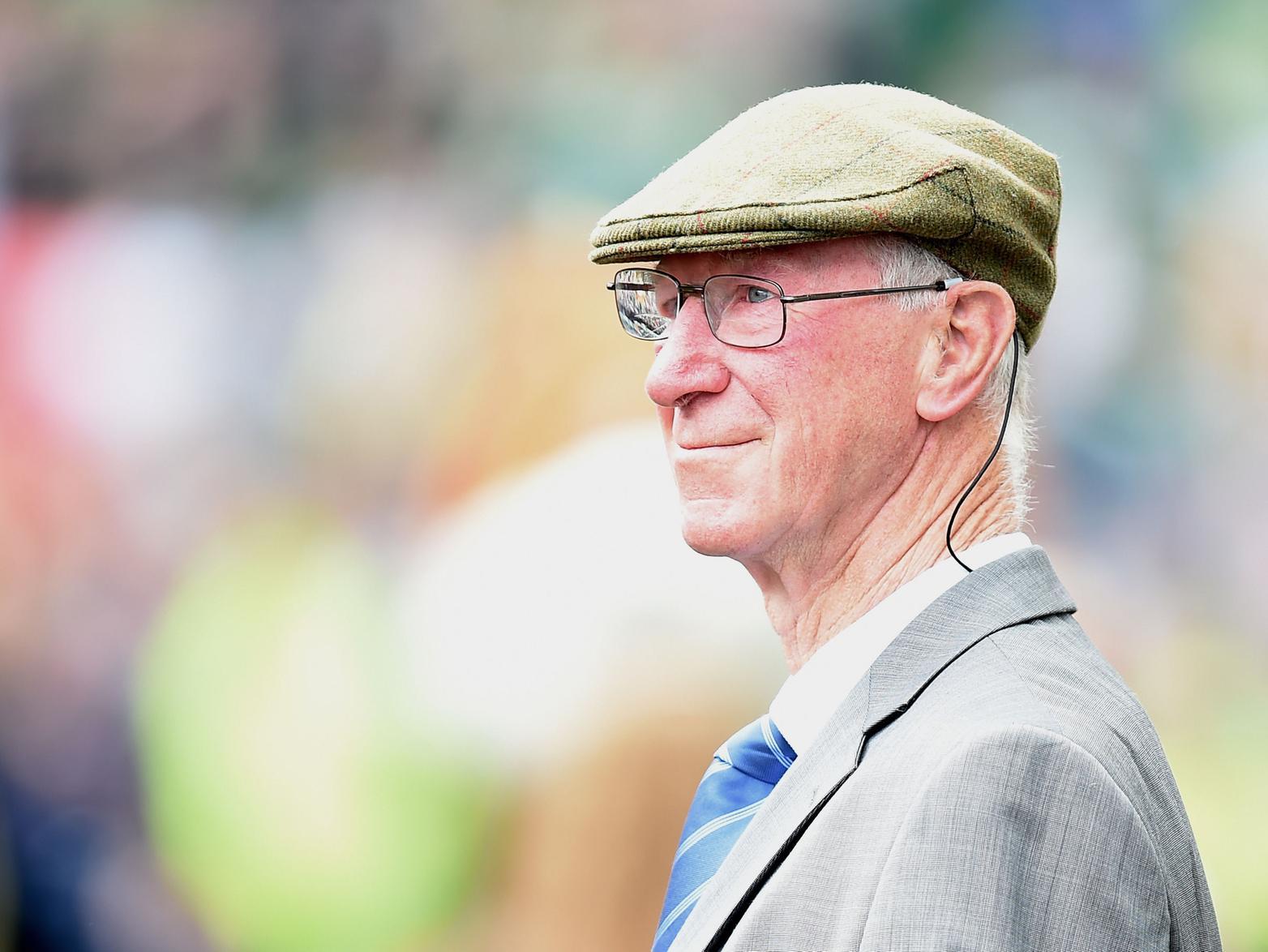 ADORED: Jack Charlton greets fans before the Republic of Ireland’s friendly against England at the The Aviva Stadium in Dublin in June, 2015. Picture by Martin Rickett/PA Wire.

Tyler worked with Charlton as a commentator on England games in the early stages of his career as the former Whites centre-back cast his verdict on the Three Lions with whom he helped win the 1966 World Cup.

Charlton, who spent his whole career with Leeds, passed away aged 85 on Friday evening after a long-term illness.

Asked about his memories of Charlton on Sky Sports News, Tyler said: “Wide and varied and mostly wonderful.

“Obviously as a player he was one of the boys of 66, we have lost another one.

“And as a player he developed.

“First and foremost, Bobby Charlton was much more famous earlier but he was Bobby’s older brother and that’s how he was first brought into the limelight really and then he established himself.

“Alf Ramsey, the manager, saw something in him as a player quite late on in his career and suddenly he was catapulted alongside Bobby, an extraordinary family feat and such a football family, the Charltons, the Milburns, my sympathies go to all of them because Jack was unique, absolutely unique.

“I got to know him very well. I commentated with him on England games early in my career and he put me straight a few times and he was always a pleasure to be around.

“He was always open and always had something to say. He didn’t mince his words.

“He sometimes got his words a bit muddled up actually, he was famed for getting one or two of the players’ names wrong and those who played under him would tell you that as well.

“But that was all part of his charm. And then of course he became a very successful manager in his own right.

“He did a little bit of television and then he was a club manager and then taking the Republic Of Ireland to a World Cup quarter final in 1990 was a remarkable feat and it was just a unique way of doing it.

Tyler added: “The other thing I remember about him of course was his love of the country pursuits.

“He was a great fisherman, he made television programmes along those lines as well.

“He reached out in so many levels and it’s very sad.

“We knew he wasn’t too well but whenever these finalties come it is a shock and we will all miss him dreadfully because he was, as I say, unique Jack Charlton.”