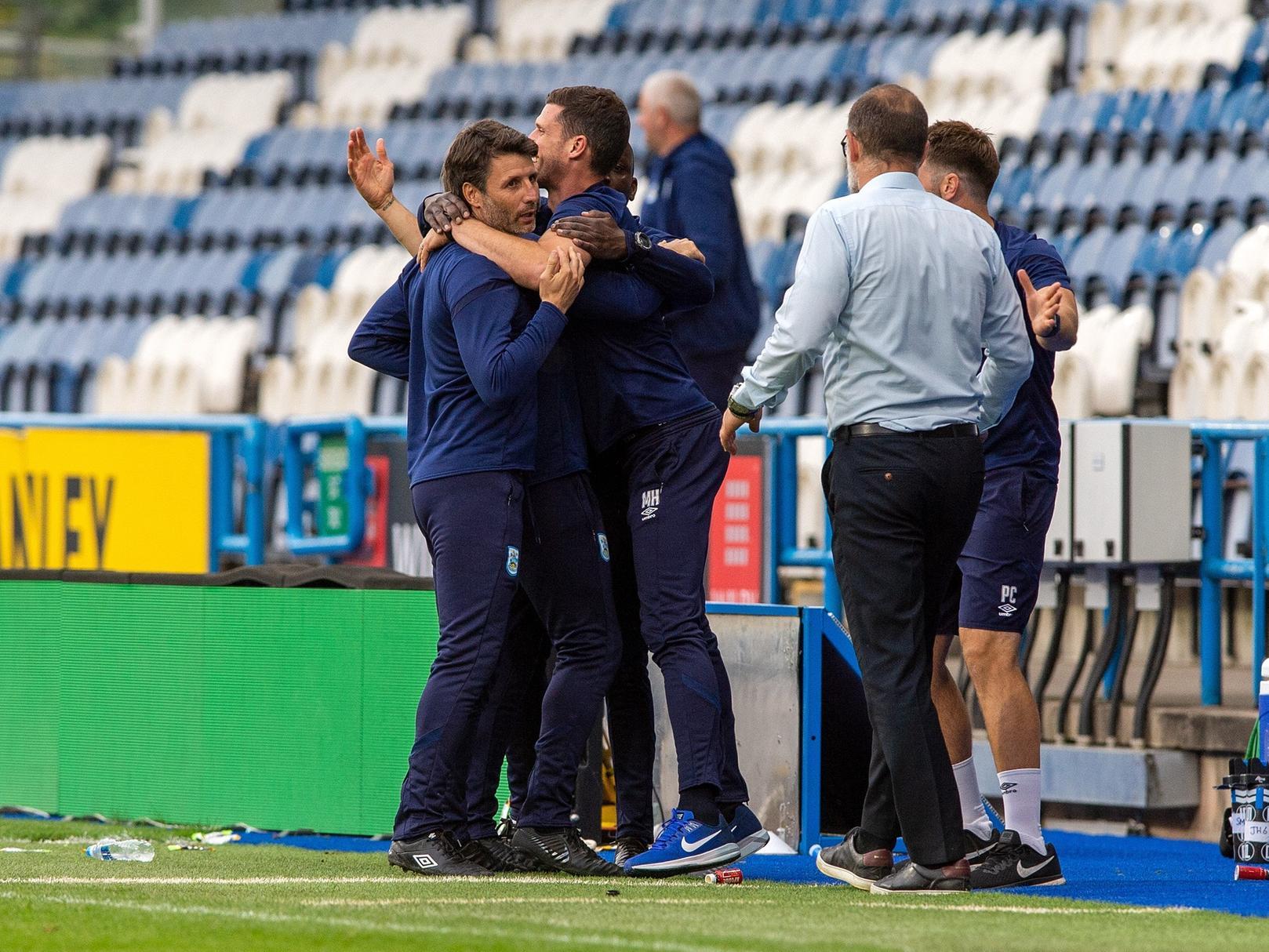 United had the unusual experience of cheering on West Yorkshire neighbours Huddersfield in Friday evening’s Championship hosting of second-placed West Brom who needed a victory to stop Leeds going up with two games to spare.

Huddersfield, though, put another huge dent in the Baggies’ automatic promotion bid as goals from Calum Willock and Emile Smith-Rowe sealed a 2-1 victory that booted the Terriers six points clear of the dropzone and sent Marcelo Bielsa’s Whites up.

“Congratulations to them,” said Cowley, speaking on Sky Sports and asked about United’s promotion.

“For me, they are the best team in the division followed closely by West Brom and Brentford.

“I think the top three teams in the division have all got outstanding quality and would all grace the Premier League and I think it says a lot for the EFL.

“I have managed in every division and there’s some top teams and top players in this division and we wish them all well for what it is to come.”

Cowley added: “It’s not easy for us as Huddersfield Town to give credit to our local rivals but they’ve been the best team in the division.

“As a football person, I’ll be looking to see how they cope in the Premier League, and I expect them to do well.”