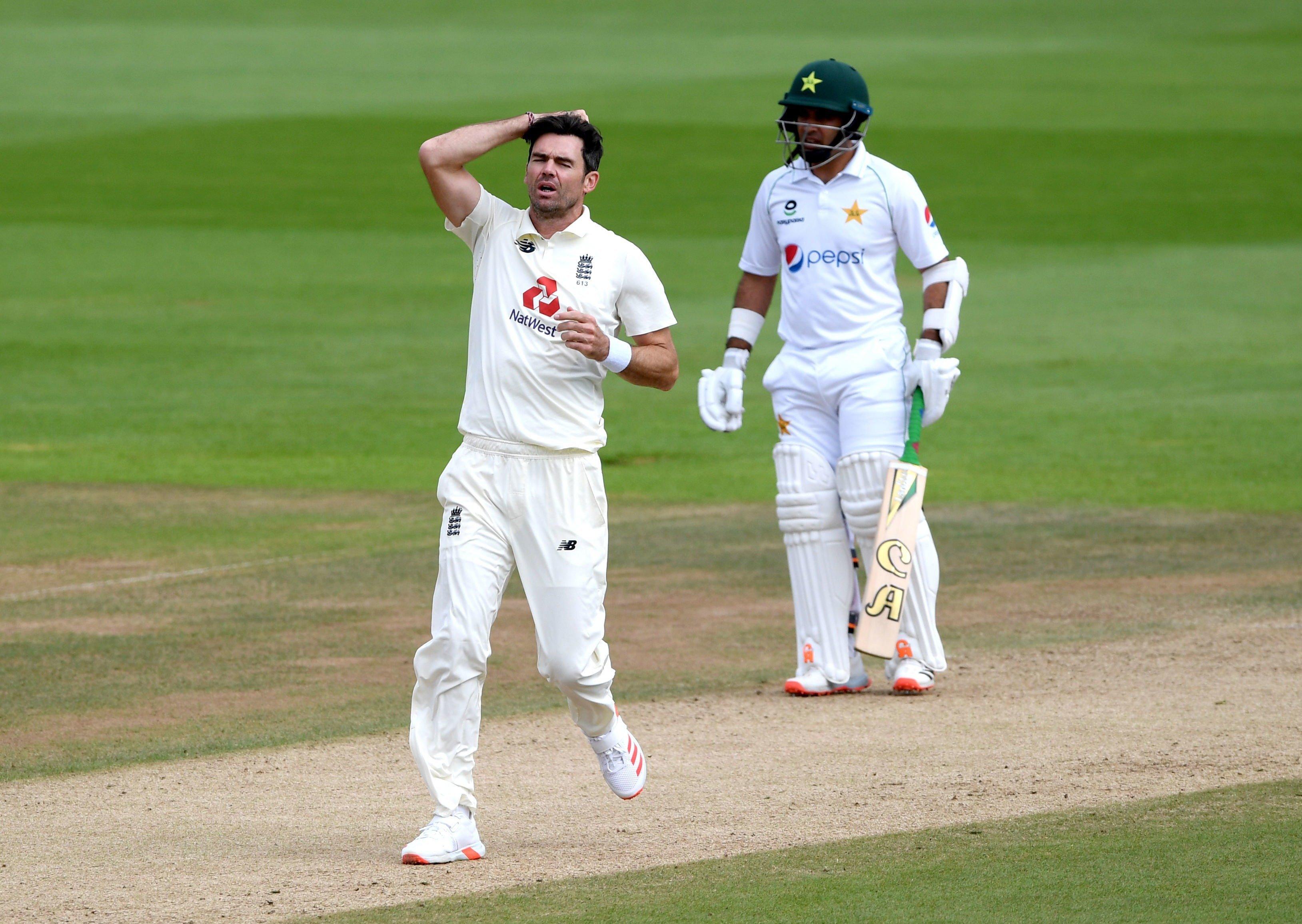 Anderson ended day four of the third Test stranded on 599 after taking the wicket of Abid Ali late on – a breakthrough that might have been a milestone moment had wicket-keeper Jos Buttler held on to a regulation edge from Shan Masood in the morning session.

A combination of bad light and heavy rain restricted Anderson to just 12 overs on day four and, with a poor forecast for today, there is a chance he could have to wait even longer to become the first paceman in a distinguished club that currently has just three members – spinners Muttiah Muralitharan, Shane Warne and Anil Kumble.

England are also chasing a wider prize – with eight more wickets needed to seal a 2-0 series victory after Pakistan closed 210 runs behind the hosts on 100-2.

Silverwood remains hopeful of a perfect conclusion to two-and-a-half months of training, living and playing in a strictly controlled bubble, with his 38-year-old seamer finishing on a high.

“It would be fantastic if we could do it,” said former Yorkshire bowler Silverwood.

“I want to win the game first and foremost but to finish strongly and see Jimmy get his 600th would be fantastic.

“We’re all aware of the milestone Jimmy is looking at but he’ll get there.

“Hopefully we’ll see it at some point on day five.

“It would be brilliant to see Jimmy get over the line.

“We’ll wake up in the morning, have a look out the curtains to see what’s out there and, if we get an opportunity, we’ll go for it.

“For the guys to come out and put their best foot forward and finish in the same way we’ve played the last two series would be nice.

“I’m very proud of how they’ve handled themselves, being locked up for the best part of 10 weeks in the bubble – their attitude and effort during that time has been fantastic.”

There is little that has not already been said in tribute to Anderson, who has built a 17-year body of work that may never be matched, but as a player who laboured hard for the 11 Test wickets he achieved Silverwood’s appreciation runs deep.

“He’s worked so hard to do it and he’s brilliant around the place.

“He’s constantly helping the other bowlers. It’s just superb to have one of the best in the world sat in your dressing room and playing for your country.”

One England player has already taken the field for the final time, with Surrey batsman Ollie Pope landing badly on his left shoulder in the morning session and causing concerns that he has aggravated an old injury that kept him out of the game for several months.

He will leave the bubble for a medical assessment later today, with Silverwood adding: “Ollie’s banged his shoulder again so he’ll go for a scan on that. We’ll assess it from there.”

Support The Yorkshire Post and become a subscriber today.

Your subscription will help us to continue to bring quality news to the people of Yorkshire. In return, you’ll see fewer ads on site, get free access to our app and receive exclusive members-only offers.

So, please – if you can – pay for our work. Just £5 per month is the starting point. If you think that which we are trying to achieve is worth more, you can pay us what you think we are worth. By doing so, you will be investing in something that is becoming increasingly rare. Independent journalism that cares less about right and left and more about right and wrong. Journalism you can trust.