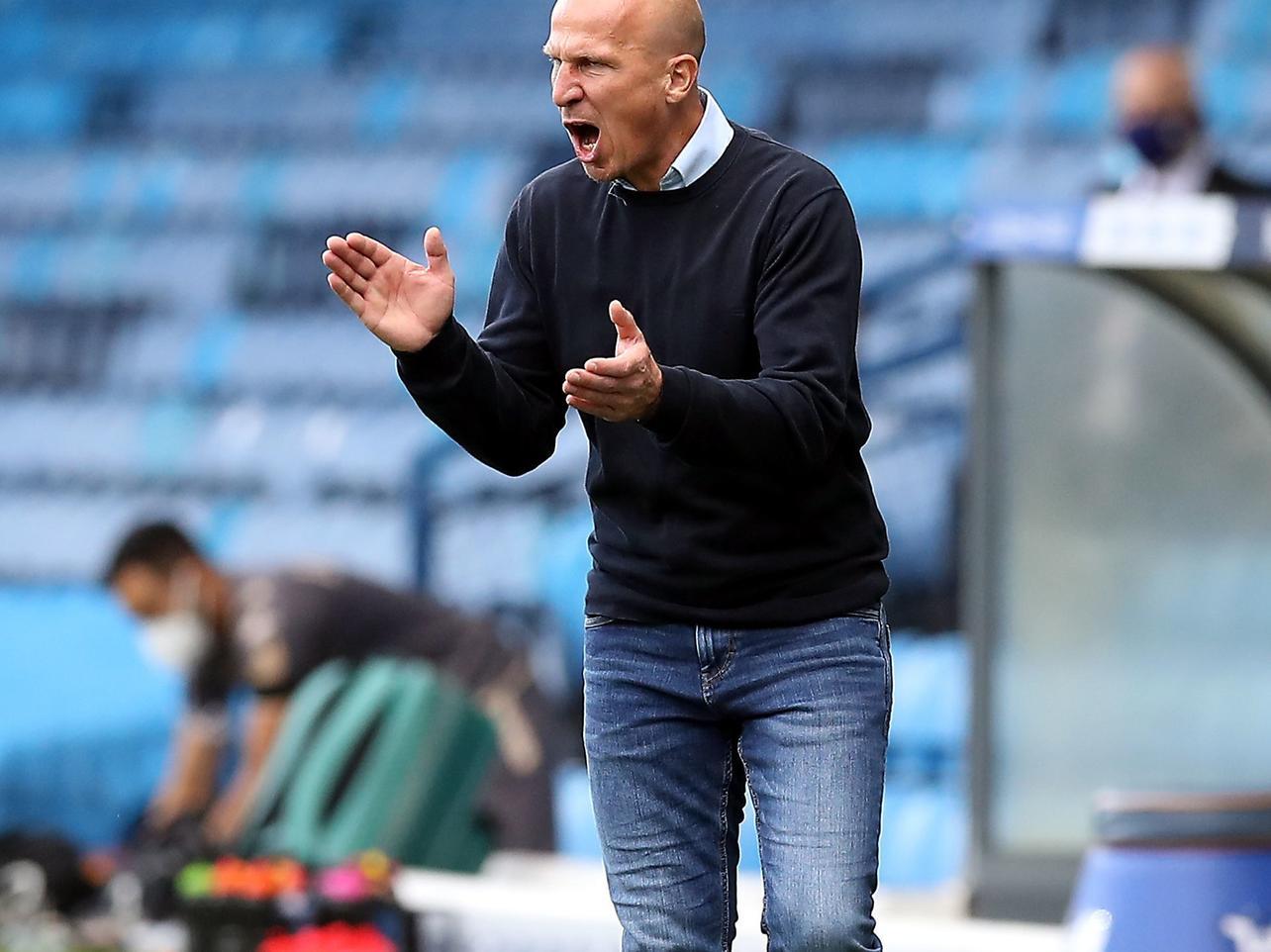 Struber’s Barnsley side lined up for Thursday evening’s clash at Elland Road sat bottom of the Championship but produced a fantastic display not befitting of a 1-0 defeat.

Bielsa and Struber were seen embracing following the full-time whistle with Bielsa later revealing that he had told his opposite number that Barnsley had deserved a different result.

The Tykes had 12 shots on goal compared to United’s seven with three on target apiece but United’s 1-0 victory left Leeds needing just one more point to seal automatic promotion.

Struber went one step further in already congratulating Leeds on going up with the Austrian full of praise for Bielsa’s Whites but ultimately left hugely frustrated at a loss that leaves his side four points from safety with just two games left.

Asked what was said between himself and Bielsa at full-time, Struber said: “I think this is more a topic between us then for the public.

“He found the right words for me.

“He understands my situation and I congratulate them on their promotion.

“Leeds have done a brilliant job this year and he is a big, big coach with huge experience but this not helpful for me at all.

“For me it’s more a disappointing moment.

“We played well but without benefitting here.”

Reflecting on his side’s performance, Struber said: “The performance was very good and especially in the second half we had the game in our hands.

“We created many chances but in the last third but finding the killer pass to score goals is our big issue at the moment.

“My players worked so hard together in this game and I am very proud of their performance but in our situation we need points.

“This is the big issue, that we don’t pick up points for our performances. It was the same situation against Wigan and Luton.

“The second-half performance was of the highest level from many players but we couldn’t get the benefit. It’s very frustrating.

“I can see since the lockdown especially with our game style if we have time together to train in my style then we have a higher performance level.

“At the moment everyone is sharp like a knife, but not a goal. This is our issue.”

Stay in a castle and feel like a celebrity with HomeAway