The deal to buy Huddersfield’s iconic George Hotel is set to be completed in the next few weeks.

And workers could be on site to start repairs to the building before the end of the year.

Members of Kirklees Council’s decision-making Cabinet voted unanimously today (June 16) to approve the acquisition of the George, which in 1895 was the birthplace of rugby league.

There was overwhelming cross-party support for a rescue plan, which will see the 170-year-old Grade II*-listed building saved from dereliction.

It may also become home to the new National Museum of Rugby League – if a bid later this week is successful.

Both men have pledged to work with the council as it restores the George in time for the Rugby League World Cup in 2021.

Senior councillors and officers wanted to secure the deal on the hotel to be in with a chance of securing the rugby league museum.

Charity Rugby League Cares, which will operate the museum, will hear bids on Thursday. Huddersfield will go up against Wigan as the competing bidder.

The charity wanted an assurance that Huddersfield could base the museum in the George.

A decision could be made as early as the end of this week.

The council’s strategic director for economy and infrastructure, Karl Battersby, who has been leading negotiations to buy the hotel, said millions of pounds in funding could be unlocked to help pay for the building.

That could include £4m from the Heritage Lottery Fund.

He said it was important for Huddersfield via the council to grasp the opportunity to have a national facility in the town and to “bring rugby league home back to the place where it originally started”.

However there was some to-ing and fro-ing over whether a business case existed for the hotel.

Challenged by the Greens’ Clr Andrew Cooper, Council Leader Clr Shabir Pandor said a business case had been drawn up but that the contents were commercially sensitive.

Mr Battersby added: “We produced a detailed case as to why we thought the building was important to acquire.

“In terms of the business plan for conversion to a museum, that will be the stage if we got through the bidding process. That would be a joint approach we would take with Rugby League Cares.

“We don’t have the final business plan yet in terms of the conversion to the museum.”

Clr Cooper asked specifically whether a business plan existed for the hotel element of the building. Mr Battersby said developing that aspect was not possible until the museum got the go-ahead or not and so the council was not at that stage.

Clr Pandor sought to clarify the situation by saying a business plan had been created for the hotel’s acquisition.

Speaking after the meeting Clr Cooper said: “I’m actually very much in favour of the purchase of the George Hotel and I believe there is a strong case for doing it even without a current full business plan.

“It is just really disappointing that the council leader simply didn’t know the answer and felt the need to ‘blag’ it.

“He was winging it. That in itself is very worrying.” The Conservatives’ business manager, Clr Richard Smith, also queried how the building would be managed. “I also have concerns about how this endeavour will be viable moving forwards.

“I am not sure that this Cabinet has the right expertise to be undertaking such a venture. I do not want them to create a building that is not self sufficient, [and] that the tax payer is funding.

“The bottom line is we are talking about large sums of public money and we should all have sight of what is going on.”

Huddersfield MP Barry Sheerman described the George Hotel as “the beating heart of our town” and said it’s decline had been “heartbreaking”.

He said the purchase of the building represented “an unique opportunity to do it right” and that the council appointed “a really good architect”.

He also suggested that a crowd-funding approach was taken to funding to relieve the burden on the public purse by inviting millions of rugby fans worldwide to contribute.

Ken Davy, who is celebrating his quarter century as owner of the Huddersfield Giants, congratulated the council on buying the George. And he urged the authority to do its utmost to have the building up and running in time for 2021.

He said: “The opportunity to bring the rugby league museum to Huddersfield, which is the centre of the heartland, will make rugby league the envy of every other sport.

“To be able to visit the place where the game was founded is unique. “People from across the north – from New Zealand and Australia and beyond – will make a visit to Huddersfield an essential part of any trip to the area. “I will do anything I can to support the project.” 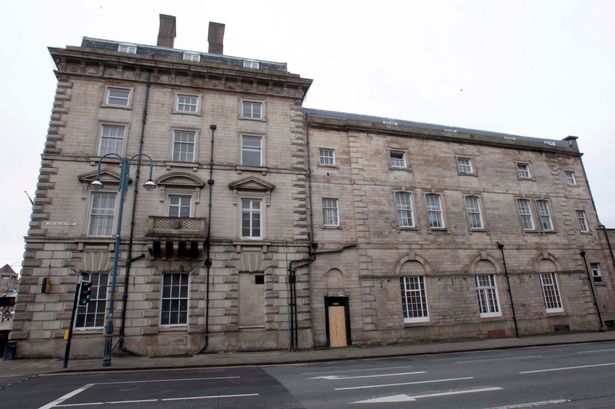 A Slice of Home

Rob Burrow Leeds Marathon – There is still time to enter