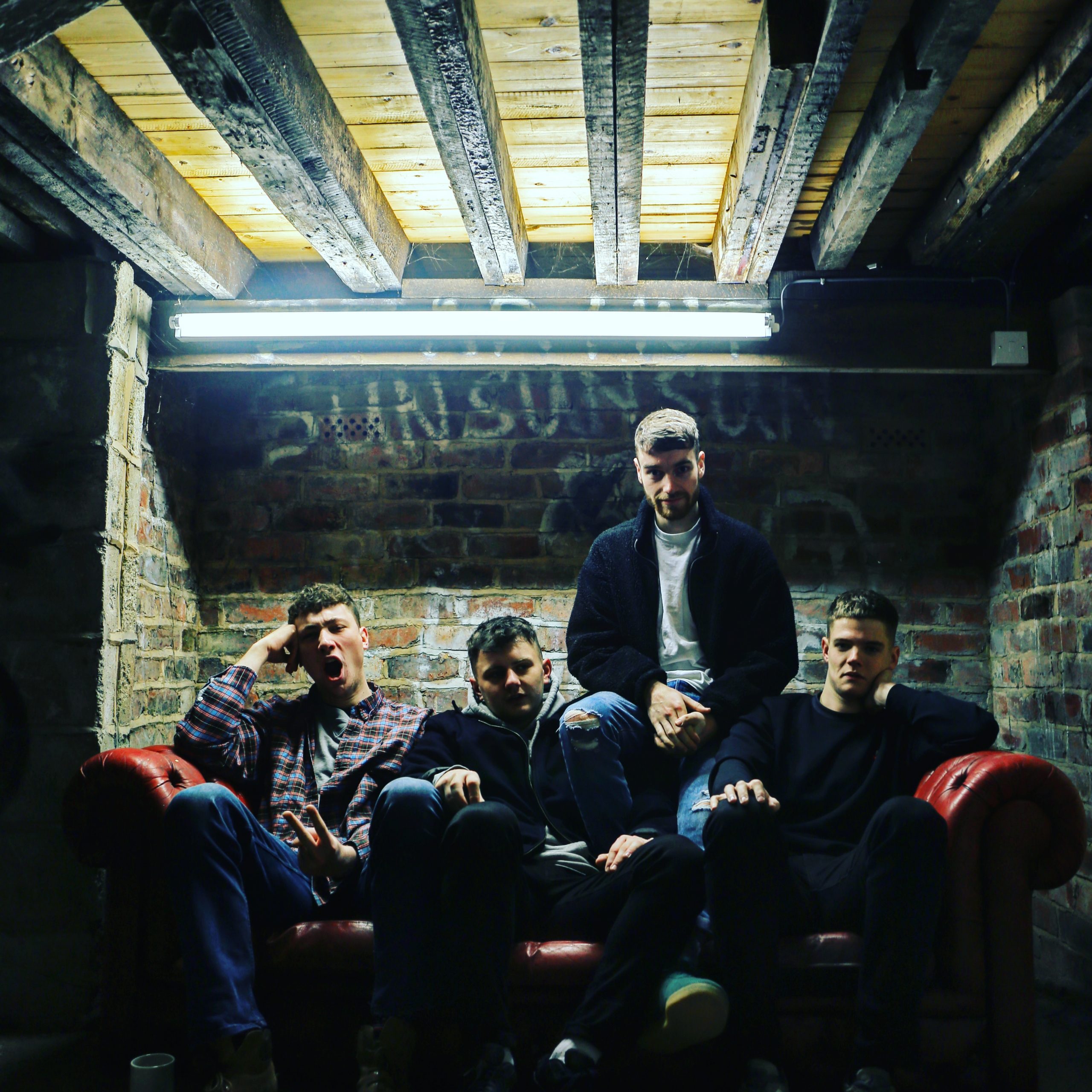 FUDGE. has released a lyric video of their second single, ‘Not A Threat, Just A Warning’, marking the start of the band’s new ventures, as well as the impact of their first two years on the scene.

The track has been showcased on BBC Introducing West Yorkshire and BBC Radio 6, and has attracted the attention of many critics. “Absolutely on fire…the wildest, most on-point guitar band I’ve seen since Idles.” TOM ROBINSON – BBC RADIO 6

FUDGE. may be often linked to the likes of Idles and other alternative guitar lead bands for their loud and heavy tracks, but a quality that stands them apart from the rest is the unmissable northern accent. Screaming “OI C’mon then” and “I don’t care” boldly in their mother tongue are for sure lines you just know are going to be shouted just as loud and proud by fans at future festival appearances.

There has been a rise of alternative rock bands who find their own way to narrate on the current climate in the past few years, bands like Idles, Slaves and now Fudge, whose music expresses the frustration and even excitement of navigating today’s world. FUDGE.’s frontman Cam projects that “Not A Threat, Just A Warning” is “that kind of vibe that would rile someone up and put them in the mood to take on the world. To do something with their lives. It’s a little dig at people who don’t think for themselves.” Praised for their unorthodox style of creating and performing music, Yorkshire Post described the band’s music as “indie-rock gone rogue” adding their “laddish charm and punk rock attitude instigating the chaos they need for them to feel content. … something in their generic formula went awfully wrong in the most brilliant way to create this monster …”

With guitar riffs like something straight out of a Tarantino film bouncing perfectly off the drum beats, this track makes you feel like you’re ready for battle. The track and video are high energy throughout. With layers upon layers of visuals, this lyric video is spelling out to the viewer that Not A Threat Just A Warning, demands attention. Describing the atmosphere of the video as similar to FUDGE.’s live shows (which are notoriously filled with crowd surfing and stage dives by fans and band alike), gives the viewer a sneak peak of what’s in store if they haven’t been able to catch the band live yet. “Old live show graphics and appropriated retro footage are designed to place you in the firing line of our warning. * This is not a threat. *” Says guitarist Otto. Last year’s festival schedule saw FUDGE. play Leeds and Reading Festivals and Bingley Weekender, and they are set to return to the festival circuit in 2020 with an appearance at Live at Leeds in November.

FUDGE. have been working tirelessly on new material, using their time apart in lockdown to write more songs and tackle covers of their most-loved artists. Be sure to keep an eye on their socials for all updates and forthcoming new releases.

In Conversation With Abdulaziz Adekola