Spain Inside a Piano concert 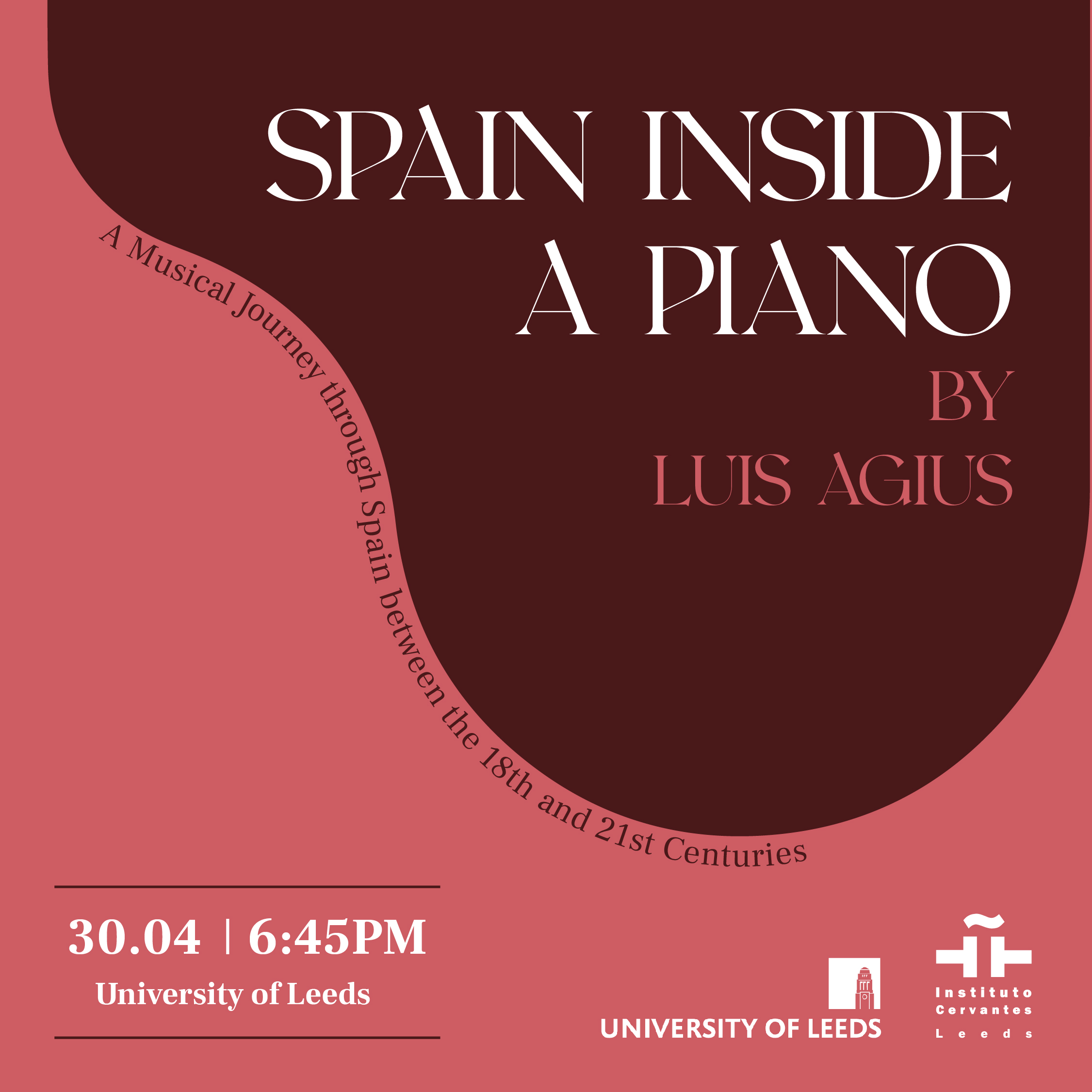 An extraordinary musical journey through Spain from Cadiz to Finisterre in the company of famed performer, composer, author and playwright Louis Agius is promised at the University of Leeds on Saturday, 30th April. Along the route guests will visit Cordoba, Granada, Barcelona, Toledo, Madrid, Valencia and Mallorca, the music as varied and enticing as the country itself.

Spain Inside a Piano A Musical Journey throughout Spain from 18th to 21st Century is an original concert by Agius. The concert will be preceded by a talk giving the background to the performance highlighting the composer’s view that “music is not played it is lived.” Premiered at the Casa Granada in Madrid in July 2018 this programme includes fundamental and highly significant pieces by composers from Spain or with strong connections to Spain.

Spain Inside a Piano asks the audience to “flee from cliches and the hackneyed in search of rigor, musical sense and exceptional sensitivity” offering a view of Spain from its landscapes to its culture and arts.

Originally contemplating a career as a lawyer, Agius, instead turned to music, composing his first work in 1990. He has been a renowned concert pianist since 1996 delighting audiences throughout Spain and in many auditoria across Europe. In his pre-concert talk he will explain that, to him, music is a passion that has to be transmitted. “It is essential to cultivate our sensitivity and take note of the delicate connections between our mind and our soul. My way of working both as a performer and as a composer is mainly based on personal experience.”

Spain Inside a Piano will be held at the Clothworkers Centenary Concert Hall at Leeds University School of music. The talk by Louis Agius begins at 6.45PM Saturday, April 30, followed by the live performance itself. Tickets are £15.