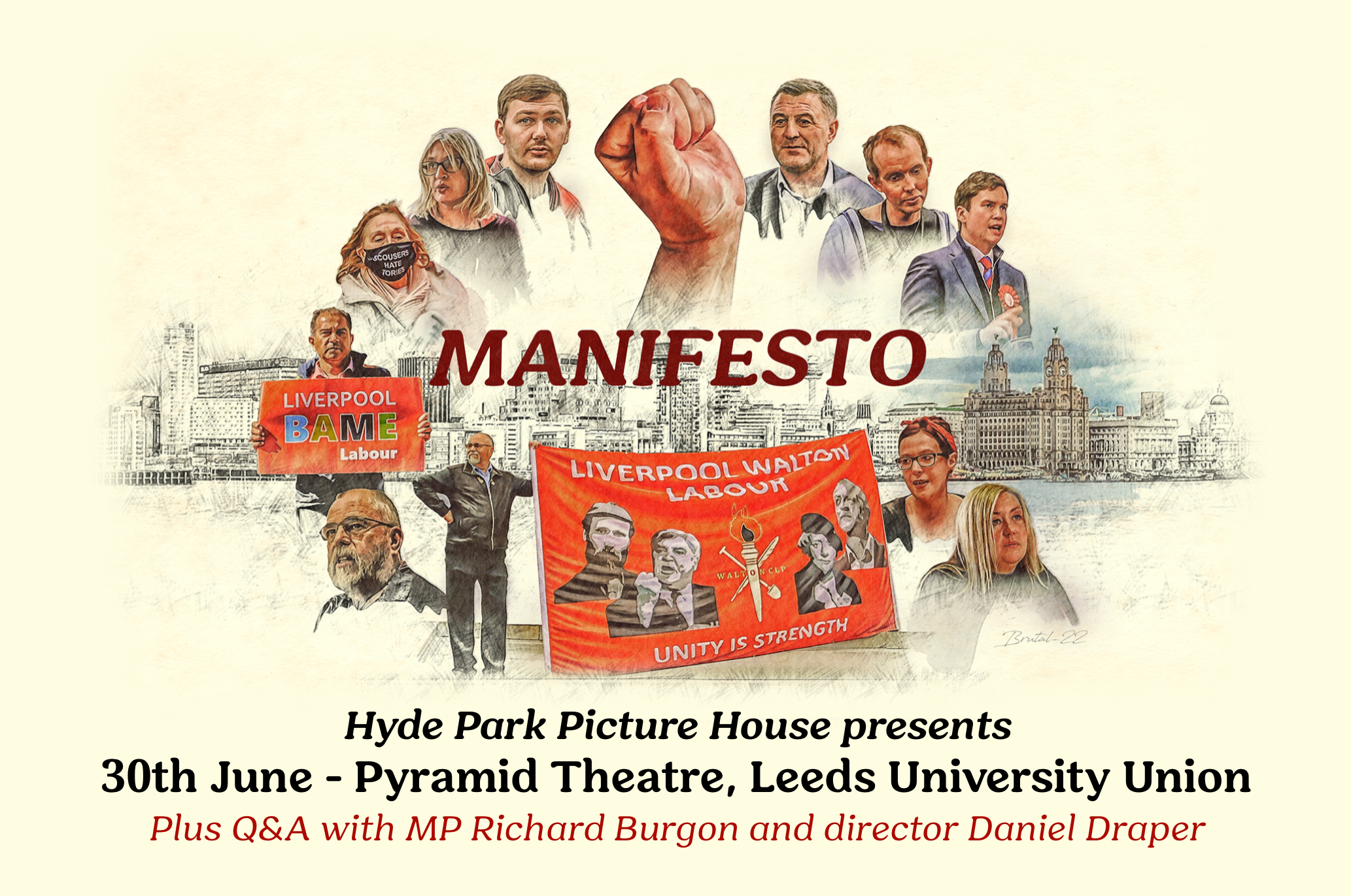 Manifesto is a feature-length documentary about Walton Constituency Labour Party; the safest Labour seat in the country. Filmed over the course of three years by filmmakers who hail from the city, the film captures the peaks and troughs of Jeremy Corbyn’s Labour Party from the coalface and gives a vital voice to a working-class community, in both politics and film.

Education, the NHS, Brexit, economics, the environment, workers’ rights and more are on the agenda as Walton CLP passionately campaign for change through Labour’s ‘For The Many’ manifesto.

Described as the final instalment of the Hope Trilogy (with Nature of the Beast and The Big Meeting, both previously screended at Hyde Park Picture House) – a series of films depicting the Labour movement over the last six years, Manifesto is a hopeful film about community activists who believe in collective action, effecting society from the bottom up.

After the screening we’ll be hosting director Daniel Draper in a discussion and Q&A with Leeds East MP Richard Burgon.